You are here: Home > Things to Do > Beverley Mobility Walk 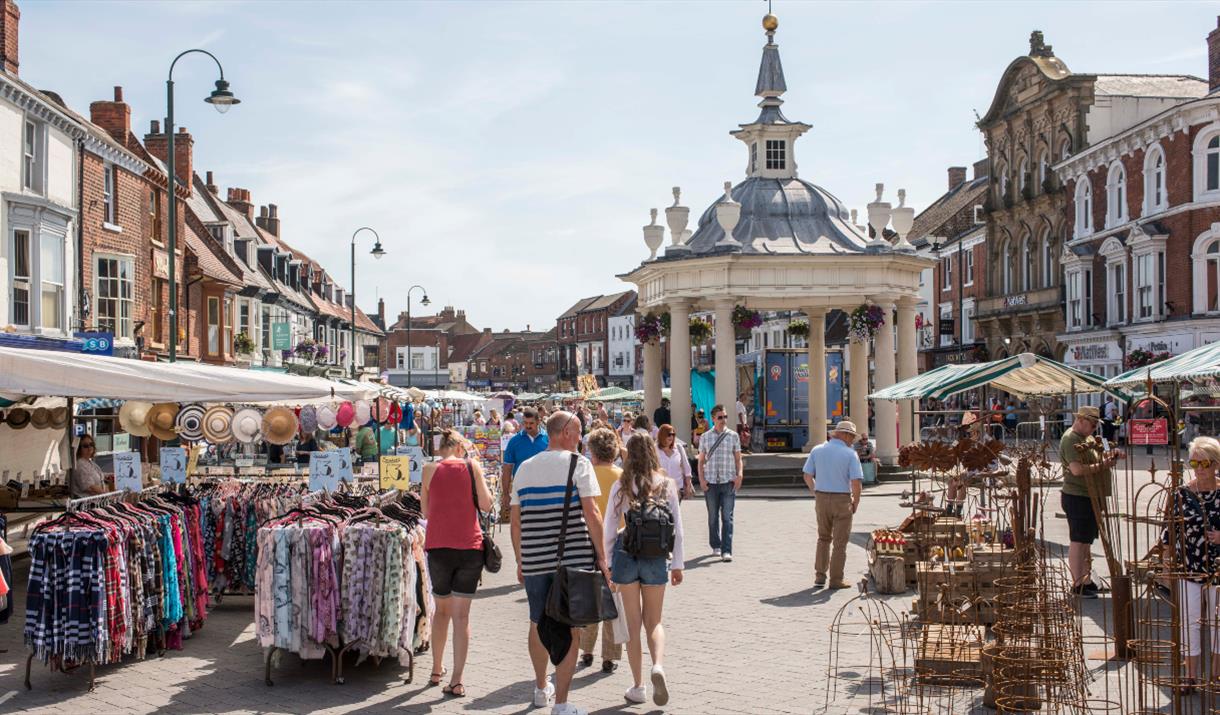 Corner of Saturday Market and North Bar Within. This is a Georgian building with a sign painted
above the first floor: “Bielby’s Saddlery”. This business was certainly in existence between 1870 and
1892 and probably for longer. At that time horses for riding or pulling carts were commonplace. On
the top storey there is a blocked window, this may have been blocked to reduce the amount of tax
they paid. This was because you were taxed, between 1697 and 1851, on the basis of how many
windows you had.

St Mary’s church - A lantern was used to light up the tower, to guide travellers towards Beverley. In
the 17C roads were poor and there were neither road signs nor street lamps.
There is a rabbit carved in stone inside the church. It is believed that it was carved about 1335 and
became the White Rabbit in Lewis Carroll’s “Alice in Wonderland”. John Tenniel drew the scenes in
Alice and his drawing is very similar to the carving in St Mary’s. Lewis Carroll knew St Mary’s as his
grandparents lived in Hull.

North Bar – it was built in 1409-10 at the cost of £96 - 0s -11 1/2pence. Beverley was never a walled
town, but it did have gates (bars) and a ditch. The bar would be shut at night, or in times of threat. The
large slit inside the gateway held a portcullis. The ditch was about 3m deep and 15 metres wide.
People threw rubbish, including toilet waste into the ditch and butchers dumped their waste. Imagine
the smell, especially in summer!

The Beverley Arms – previously called the Blue Bell Inn was a coaching inn, until the railways reached Beverley
in 1845. Coaches operated from the Blue Bell to such places as Hull, Driffield, York and Bridlington. You were
advised to write your will before engaging in a long coach journey.
The Blue Bell was an important pub during elections. These were often corrupt and sometimes violent. In 1727
Beverley had one of the largest electorates in the country with 809 freemen having the vote. Candidates paid
the freemen for their vote, but they also “treated” voters to drinks and food. Publicans were paid to keep their
premises open for longer than normal. The power of “John Barleycorn” was evident.

Congregational School on the corner between Lairgate and Landress Lane. The school name is still visible
above the door in Landress Lane. It is a very small building with no playground and faces directly onto the road.
Schools in the 19C usually had one or two teachers – often the master and his wife, and a couple of Pupil-
Teachers. These were chosen from the better pupils and looked after a class. They also lit the fire, wound- up
the clocks, got out the books, swept the floor and looked after naughty children who had to stay in at dinner
time. You did not have to attend school until 1870. Prior to that many children did not attend at all whilst others
would take days off to help with the planting or harvesting.

Theatre on the corner of Lairgate and Champney Road. The only remaining part of the building is a wall and
blocked window parallel to the road. It was opened in 1805 and demolished in 1844. There were 600 seats.
Samuel Butler, who is buried in St Mary’s church, had a group of travelling players, who performed here. The
plays often had a political theme.

The Treasure House – When the Treasure House foundations were being dug, an archaeology team supporting the work, found cattle horns and large pits. This showed that tanning took place here between the 12/13C and 15/16C. The tanners soaked cattle hides in water to clean and soften them. They removed any remaining flesh and fat with a knife. Hair was removed by soaking the skin in urine. Dung (dog and pigeon) and animal brains were used to soften the hides and make them supple. The tanner might use his bare feet to knead the hides in the dung filled water!

Wednesday Market– this was the site of the oldest market in Beverley, but it declined from the 14C. It was a huge area, in the Middle Ages, as it stretched from the current market place to the Minster. Cockfighting also took place here. The birds had metal spurs fastened to their feet and were forced to fight each other, often to the death. Elizabeth I was supposedly a fan and had her own cockpit.
Look for an oval, green plaque on the wall. This commemorates Mary Wollstonecraft, the early feminist, who is one of the most important people ever to live in Beverley.

Register Square - The Guildhall is at the head of Register Square. This is one of the locations where, the people who governed Beverley met. The building dates from the 14C, but was bought by the council in 1501. The large rounded bases to the columns prevented damage caused by carts passing by. Today the building is a community museum. Look for an oval, green plaque on the wall.

Walkergate/Toll Gavel junction –there is a green plaque, which tells you how Toll Gavel got its name.

The Market Cross –This is at least the second cross, as the first one was supposedly demolished by a cart. The present cross was paid for by the two local MPs, in 1714. All kinds of goods could be bought and sold in the market place.

Brown’s Department store - the old corn market, fish and meat shambles and butter market were all cleared away and a new Corn Exchange was built. Look for panels at the top of the building and you will see the date of construction and the town’s coat of arms. Corn was last sold here in 1947. Swimming baths were also opened in 1886 and closed in 1973. The baths were small and this led to some locals referring to them as the “Beverley puddle”. Initially there were slipper baths for the use of local people who had no bathrooms in their homes. During WWII the baths were closed and altered into a decontamination centre to deal with any gas attack.
In 1911 the Corn Exchange was converted into the Beverley Playhouse. It continued to show films until 1969 and then became a private film club.

Dyer Lane junction with Saturday Market. Look for a large white building on which is an oval green plaque. A building with a fascinating history!

Dyer Lane in the mid 1980’s, when rebuilding took place, some large pits were found. They are now buried below the shops on the north side of Dyer Lane. The pits were used for dyeing cloth. For many years the dyes could only be “fixed” by using a mordant. In the Middle Ages ammonia extracted from urine was one method of fixing the dye, so that it did not wash out of the cloth.

East Yorkshire is accessible from the UK's motorway network connecting with the M62, M1, A1, M180 and M18

Accessible by Public Transport: Beverley station is 0 miles away. 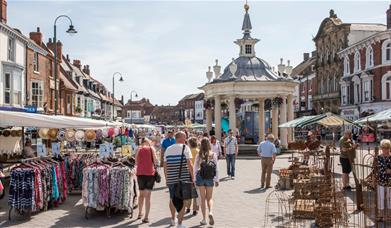 Beverley, BeverleyThe medieval town of Beverley is famous for its 13th century Minster, its market and its music. Tucked away down these narrow streets are antique shops and craft arcades, and on every other corner is a pub full of history and atmosphere.

Beverley Weddings, BeverleyThe medieval town of Beverley is famous for its 13th century Minster, its market and its music. Tucked away down these narrow streets are antique shops and craft arcades, and on every other corner is a pub full of history and atmosphere.

Beverley Saturday Market, BeverleyBeverley’s famous market dates back centuries and is a vital part of community life. It is held in the town centre, on Saturdays and attracts thousands of shoppers every week. 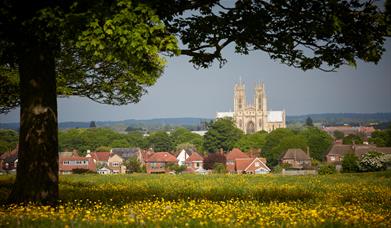 Beverley Wednesday Market, BeverleyBeverley’s famous market dates back centuries and is a vital part of community life. Wednesday market is held in addition to the busier Saturday market, but will not disappoint.