You are here: Home > Things to Do > Eden Camp Modern History Theme Museum 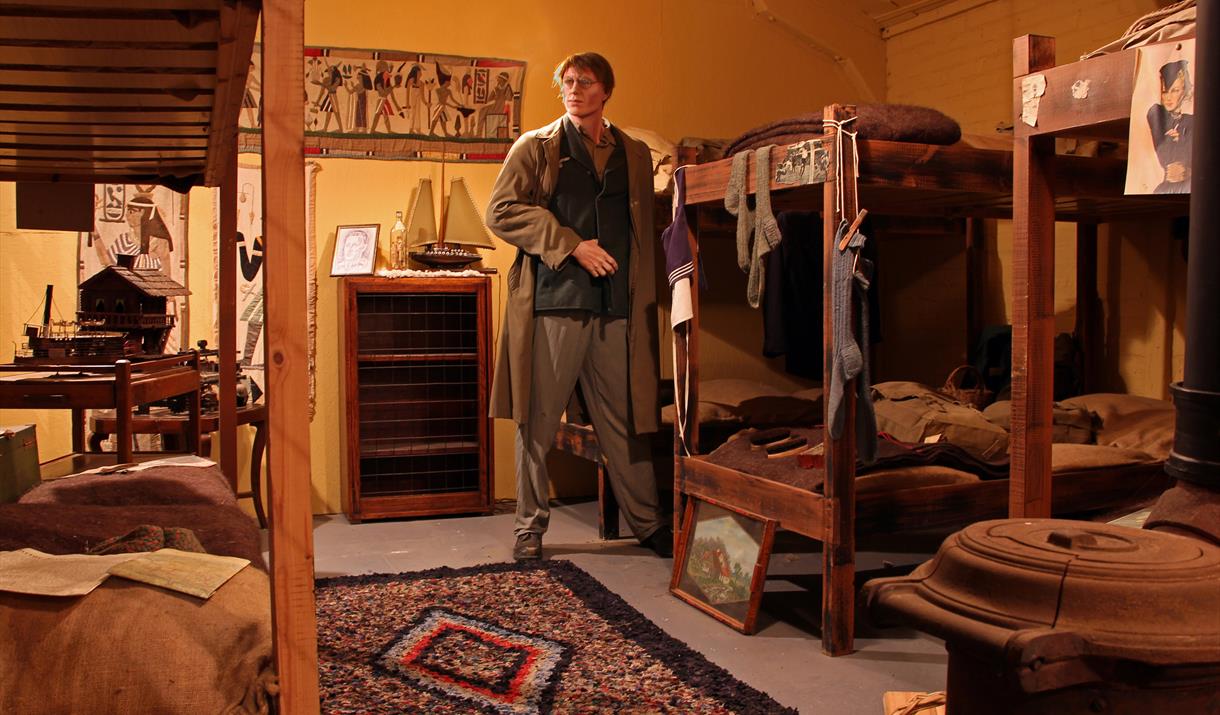 A visit to our unique, award-winning museum will transport you back in time to wartime Britain. Experience the sights, sounds and smells of life on the Home Front and Front Line in a series of recreated 360 degree life-size scenes and tableaux. The Blitz, the Street at War (with rationing and fashions), the Home Guard, Evacuation, the Battle of Britain and VE and VJ Day are all covered in the first half of the Museum, whilst world conflicts and battles are covered in the second. Other periods covered within the Museum include World War One and Two, the role played by British military forces around the world since 1945. The Museum also houses a large display of military vehicles and equipment including tanks, artillery pieces, aircraft, mini submarines, air raid shelters and a prefab.

Special Events and Reunions take place during the year (see our website for full listing) and close partnerships formed with military and civilian associations have allowed us to create unique exhibitions including The Escape Lines, Human Underwater Chariots, RAF Bomb Disposal and Civil Defence.

For some light entertainment, both young and old will be entertained in our Old Time Music Hall where stars of the 40's are portrayed in puppet form and the audience is invited to sing-a-long to We'll Meet Again. Full catering facilities are provided in the NAAFI Cafe, Officers Tea-rooms and Garrison Cinema Bar. There is also a Junior Assault course and play area where new recruits and would-be Commandos can let off steam (weather permitting). Free on-site car parking and dog friendly, Eden Camp provides both an entertaining and educational day out for all the family.