You are here: Home > Things to Do > Wold Top Brewery 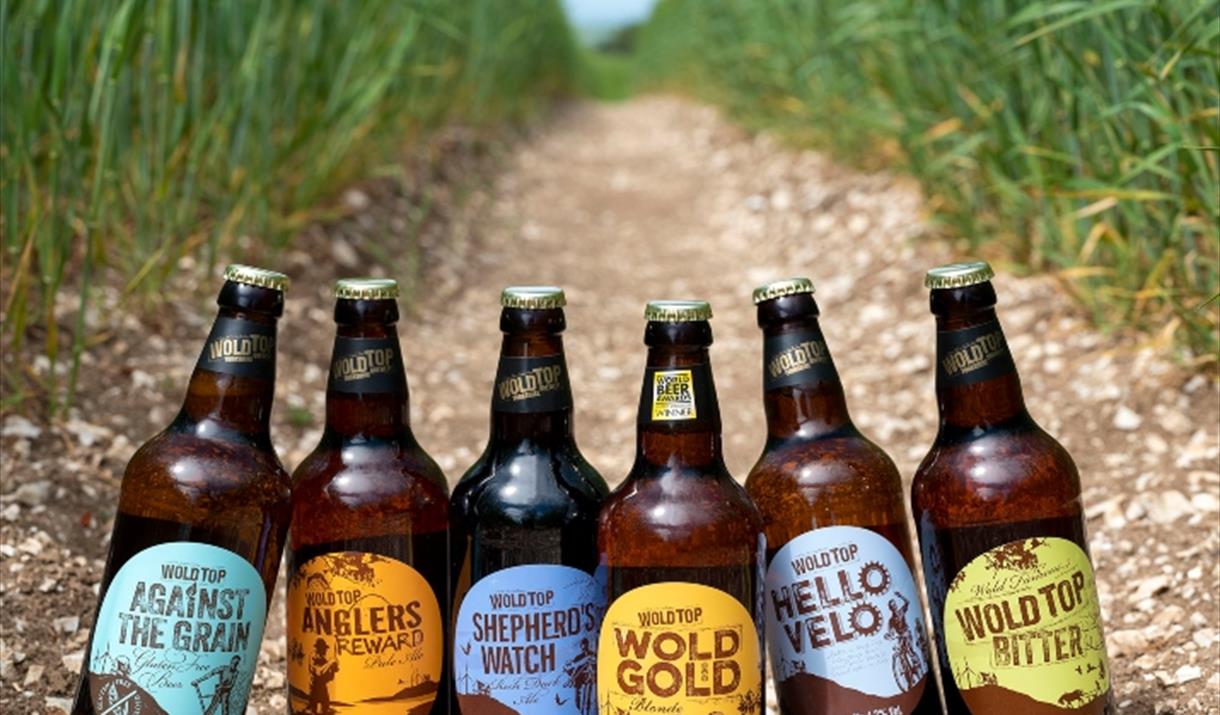 Enjoy a taste of the Yorkshire Wolds with Wold Top Brewery's award-winning ales. Brewed on the Mellor family farm using both home and wold grown barley. Details of award-winning beers can be found on the website.

Wold Top Brewery was founded in 2003 by arable farmers Tom and Gill Mellor. Based high on the Yorkshire Wolds where the hills roll down to the North Sea, it is a family business that is run by the third and fourth generation Mellors and they pride themselves on brewing superior quality beer from home grown barley and water that is gently filtered by the chalk of the Yorkshire Wolds and drawn from the farm's own borehole.

The family has farmed 600 acres high on the Yorkshire Wolds for generations. With revenue from traditional income streams falling, they concluded that diversification was a necessity.

The Mellor's spent 12 months researching their vision to produce Yorkshire’s best real ales and in 2003 Wold Top Brewery brewed its first ale in a converted barn. Thirteen years on they have won several awards and are proud of their range of all year round and special edition cask and bottled beers that include Wold Top Bitter, gluten free beer Against the Grain and Golden Summer.

They use traditional methods and recipes to brew real ales with character. The character reflects the fact that the pure, chalk filtered water travels only metres from a borehole to the brewery, that the barley is exclusively Wolds grown and malted by family maltsters and that selected British grown hops impart a distinctive flavour.

They surround their crops with two metre margins to maintain wildlife biodiversity and maintain 35 acres of species rich chalk grassland that is home to varied flora and fauna. They believe that all of these measures result in better crops and tastier ales and hope that you agree.

By Road:
Wold Top Brewery are situated 12.5 miles SE of Scarborough, on the road from Burton Fleming to Fordon, midway between Hunmanby and Wold Newton.

The nearest railway station is Hunmanby, which is 5 miles away.